It is fascinating when some envoy from the Vatican came into this majority Muslim country and said “We fully support the use of word Allah” on his very first day steeping on the earth named “Kingdom of Heaven, Malaysia”.

When all Muslim NGOs in this country voiced dissatisfaction and umbrage over the statement made by this diplomatic envoy from the smallest area of the world, our very own Dr Paul, the Catholic Bishop, gets astounded.

Oh well, then I remember how King of Jerusalem with a pretty lady’s sister in the famous movie the Kingdom of Heaven, gets astounded when Saladin was preparing to wage a war into Jerusalem after circling the city for a few days.

Then the King of Jerusalem was well-loved by all Muslims, Jews, Christian and other religions. Not long after that some envoys who were standing for the Orthodox Christians from Europe were hoping to widen Christianity believers, control Jerusalem and the region forced enter the circle of the King in Jerusalem. When this intention was successful, and the King was in their control, The Templers used the oppurtunity to kill most Muslims.

May be that was in the history, I don’t know. The one that I read over the weekend was about a story how a fiery monk in Mandalay known as Burmese Bin Ladin (U Wirathu) gets surprised when Time Cover story has detailed out how his sermons of hate against Muslims almost wiped out Rohingya race in his hometown, and in Burma.

This hate and love, and support for a thing that relates to a religion is not a small matter and yon can get astounded with. Perhaps there are people like Saladin among us, or U Wirathu who would get flabbergasted with this seems an innocent statement and would rise to wipe out some place full of Christians or Muslims in this country. I don’t know, but looking at the trend in Asia nowaday, where monks and Muslims can get into “a friendly battle” in a media but in actuality being burned and killed such as in the revolts in Mandalay and Patani, I would not get astounded, but rather I would get worried. Because such a thing can happen anywhere, even in the Vatican City.

I don’t really know, but I know pretty well, I don’t like a war that much, just like the one in the movie the Kingdom of Heaven.

Hannah Beach’s story in the Time Cover this month gives the impression that there is “The Face of Buddhist Terror“ in the famous and fiery Buddhist monk U Wirathu who gives a sermon to hundreds of followers in Mandalay and other towns in Myanmar to go against minority Muslim’s population and boycotting their businesses.

His face as still and serene as a statue’s, the Buddhist monk who has taken the title “the Burmese bin Laden” begins his sermon. Hundreds of worshippers sit before him, palms pressed together, sweat trickling silently down their sticky backs. On cue, the crowd chants with the man in burgundy robes, the mantras drifting through the sultry air of a temple in Mandalay, Burma’s second biggest city after Rangoon. It seems a peaceful scene, but Wirathu’s message crackles with hate. “Now is not the time for calm,” the 46-year-old monk intones, as he spends 90 minutes describing the many…

War on terror which made famous by George Bush had now gained impulsion in a newly founded democratic nation of Myanmar. U Wirathu, jailed in 2003 for flaming racist sermons which encouraged hatred toward Muslim minority, was released and back on the sermon bench in 2011. His national campaign against the Muslim minority and boycotting the Muslim businesses, the 969 Nationalist Campaign, was in fact a sectarian strife.

Score of hundred Muslims were dead and almost all villages were wiped out completely, but these racial cruelties don’t stop Sangha Maha Nayaka organization to persuade the Monk’s authority to charge U Wirathu for the preaching of hate against the Muslim. Even, Syu Yi the famous democratic leader was reluctant to contribute views and condemn the racial conflict in that area.

When a minority is seen as an enemy.

Down below in the Songkla and the Patani regions, monks walk the streets accompanied by military personnel. Conflicts between Muslim and Buddhist followers in the regions had a score of casualties from both sides. Booms and mortars are often used to kill followers from either side.

The materialistic in the globalized world also embroiders into Buddhist monks which at any one time use to preach a dangerous strain of religious chauvinism for profit. In Bangkok, monks are seen moving around in a private jet or an expensive car, the manners which are rarely seen previously.

That leaves you with nothing

Back in our own ground, Ustaz and Utazah are also advocating for the materialistic gain, the sight which is very common nowadays in Buddhism.

Both Sri Langka and Myanmar have banned the Time Cover Story written by Hannah Beech. Both countries have Muslim minority and the followers of Buddhism.

Is there any peace in this world at all, in fact all religions are preaching love for kindness? 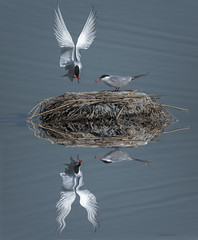 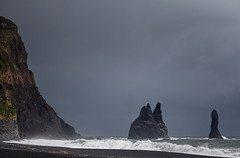 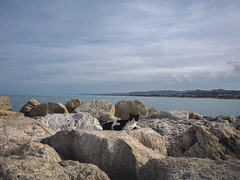 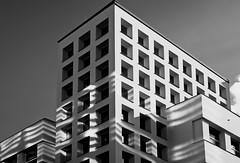 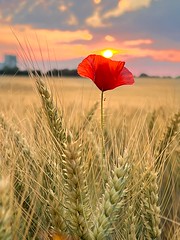