Business competition and contention are common in all countries. In this region, the competition is more strife, particularly when only one group of people of the society is monopolizing almost all kinds of business activities.

In Malaysia, the Chinese hold all kinds of business activities; consequently, our society is further divided not merely through the color of the skin and races, but also through profession.

The major critical issue that I have been trying to invoke is the imbalance of a town or city population, which has arisen due to this unjust and discriminatory business competition.

Despite several attempts to address stiff competition from the Chinese entrepreneurs in the town centre and to assist other races such the Malays and the Indians in the business by occupying the commercial areas of the town, thus restoring the imbalance in the composition of the races of a town, these efforts have been proven as failed attempts.

UDA, an organization founded to address this social imbalance is an example how weak our policy is against the racial business competition.

Whilst many other policies embedded, such as in Felcra, Felda and MARA, and of other rural development policies, which found to be successful ventures, the policies involving the reorganization of urban population is still an unfinished attempt.

We are awaiting the policy makers to address the unfairness that have been rooted in our society for a long time.

Old folk stories are mimicking with a story that you will end up with a pot of gold if you chase a rainbow.

When you were small kids you’d believe it, and always with the hope to find one and struck rich.

That is basically ETP. You know, the economic transformation programme.

That was why the Chinese had rejected BN in total, they knew without BN or with BN, for the country to achieve a developed state as in the master plan, the main BN election propaganda, would work either way, without or with BN. Without BN and with DAP ETP would transform Chinese to be the controlling group on the economy. In other words, the Malay government needs the Chinese for the country to become a rich and developed state.

The work of BN’s lawmakers in creating a static policy achieving a high income society by 7 years time was hijacked by DAP through lies and deception, as if MCA as a secret agent in the government laying down an infrastructure for the Chinese to take over the running of the country through DAP, after successfully planted the most successful plan to convert rich Chinese to a super rich group.

That was why Najib was so persistent in grabbing the shoulders of the Chinese during the last election, for without them Najib won’t be remembered as a leader of change. Whereas without Najib or with Najib ETP is seems as a normal transformation of change needed for a country to achieve a developed status, i.e. transform the doer of the economy, and who would you think would be the doer?.

Now if you say what would happen to another group of people namely the people who voted BN last election, Malays. I would say they were promised a pot of gold at the end of a rainbow line, i.e. you know a great of hope for them becoming rich when the country is wholly developed.

By that time they would say “oh my country is now a developed state, oh my, great, where is my pot of gold, Najib?. Is that all the promised gold you had given us in BR1M Sir?. What about our land you had taken Sir. Where would my grandchildren live next, Sir?.”

You give us a long holiday.

From students of closed schools, Malaysia.

Good afternoon mate, oh well, it is very disheartening indeed. Walking the streets of towns, even the smallest one, and suddenly you realize it’s very hard to boycott Chinese shops.

You know mate, all shops Chinese. When you enter any one shop, to buy a matchbox, its Chinese. Despite the name of this country that stems from Malay, the bloody MCA for the past 60 years managed to turn towns Chinese. Bloody hell Chinese!.

Amazing you know that this MCA has some kind of participative government technique turning towns into Chinese. This isn’t good for me and my people. It should stop and stop immediately.

And when you asked to boycott the shops in these towns, it means literally walking the streets without stopping at any shops. Frightening. Scary. UMNO has been doing nothing as it seems stopping this bloody trend. Oh well, no wonder Chinese here become so arrogant and stingy.

Batu Gajah is all Chinese, its better change the name to Batu China (
Stone).

But mate, you know if you walk in new towns such as Cyber Jaya, in Selangor things are a bit better. The streets full of Malays and Arabians shops, and a small number of stores operated by the small eyes Chinese.

It seems as though the Malays couldn’t mix with Chinese but okay or mixing well with foreigners. Why it is happening?.

This is because MCA for a very long time has cheated Malay politicians in the government for a policy which has separated Malay and Chinese from the beginning of time. Stingy with its Chinese schools and lopsided or unreal partnership with all business joint ventures.

So if you like to walk the streets in towns of West Coast Malaysia, and at the same time boycotting Chinese shops, you could have a very good walk in Cyber Jaya and leave old towns like Batu Gajah.

In these towns, it is hopeless to see non Chinese shops, and the Chinese are DAP in disguise of MCA. Don’t be cheated next time you want to have a nice evening walk. Okay mate, see ya next time.

These people’s hard earned money has churned up the arrogant Chinese who MCA turned DAP trained over decades of deceit while in government.

Do you know how bad it is? The Malays who use Chinese services and goods because of monopolized policy designed through their reps in the government, DAP in disguise of MCA.

Ashamed of you Chinese.

One building against hundred other Chinese buildings churning money into the hand of bloody Chinese. So proud ah, Malays?.

Hello, Hi there PM Ajib Gor, are you proud of this achivement ah?

Urban Malays prefers IPTS whilst others prefers which ever is available and certainly accept offers from IPTA.

IPTS is time efficient, a similar course at IPTA takes a longer time than in IPTS, but the course is much costly in term of fee.

IPTA is run by old rules, whilst IPTS is run by new rules, new lifestyles.

IPTA should run according to current trend, time efficient and use modern living, not by old rules which have depressed students back to old uncivilised rules.

This is where we find the split of opinion from different group of Malays.

The RM70 million Keramat Mall the hallmark of KL City Hall’s project in urban center of city of Kuala Lumpur is a flop project.

Don’t know who draws the plans, and decides on the selection of the site which is near to Damai LRT, far away from the previous wet and dry market.

Almost zero occupancy, the Mall is now turned into a MUTC, i.e, mini urban transformation centre. Ha ha, its all about transformation you know what I mean?.

Locals in the neighborhood would have to travel further out of their neighborhood perimeter to buy some fish and vegetables. Though the shops, wet and dry, are in a healthy environment, good shopping atmosphere, they don’t substitute easy access by the locals to the previous site.

For the past five years, or even the in last 7 years, we heard over again and again about how Chinese were victimized and that they were always living in fear and needed God to support in any each way, at the cost by the government. Our own expense.

They asked for fund to expand their Chinese schools. They asked for scholarships that make for a free study in the university for their rich and spoiled kids. There were so many requests that came out of the blue when the present government tried to persuade them in considering switching camp to back BN during the last election. Oh well, some got what they wanted and that initiatives were spawned worldwide by these people as a buying vote spree.

Goodies spree as you may like to term it however it was at the price we Malays pay heavily,  the rakyat living in the kampung and hillside and in the forests of Sabah and Serawak, and with no APPARENT AND WORTHWHILE return. In investment term, it has no return, no money, a zero benefit, because the whole scheme of asking and requesting was at a high cost and the cost is shouldered by us, the Malays, Iban, Kadazan and other Bumiputera, because all Chinese who had made requests out of the blue during the last six months before the election had cheated us by taking the promises by the government but undeniably lying by voting the opposition en-bloc instead.

This is the hearts and the minds of the whole episode. For all Bumiputera and Malays please remember who you taught your friends were. This the time to teach them a lesson. We can be very poor, but, of course we have some money to invest. And please invest in our own products produce by our own people.

Of course it will be a long way to do, but, a long journey needs a single one step forward. Slowly but surely.

PS: If these people still want to bribe you as usual, please increase the amount thousand folds. Let them cry. BUT please be REMINDED, BRIBERY is ILLEGAL PLEASE DON’T do it. No one will listen to their chamber of commerce, their tokong, their schools, etc, as no one would listen but the opposition, and the opposition can bark at the wrong tree in the parliament. Please do so, after all, who cares about the Chinese. Not me. That is for sure.

You know, surprising after all this unprecedented swing of vote by the Chinese, the whole Chinese got surprised that they only have an egg. Not even an Easter egg, but a rotten egg. Oh my what a shame that now we know the true color of the Chinese, which is yellow, or yellowish. Like a piece of human shit.

PM today announces the Aku Janji Janji di Tepati for Selangor far better promises than those that had been promised in the Pakatan’s manifestos.

Among fifty odds manifestos is to build UiTM in Ulu Selangpr which was robed by the pakatan government last five years by not building it.

I like that one more than any other. You know Selangor government had robed my people’s right to study in a higher institution. Goddamned nitwit DAP.

Another good news for people who like to compare some kind of investment incentives if BN rules Selangor, from that offered by DAP PAS and PKR is a new microcredit scheme of RM250million.

More details of the above aku janji can be downloaded at http://www.bnselangor.org.

A politician is the first to fall when he has no love. Not spenda Love. 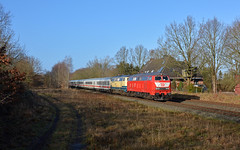 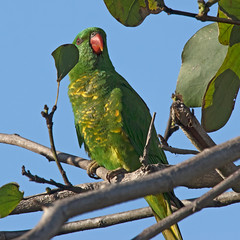 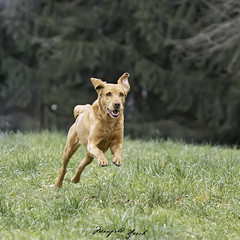 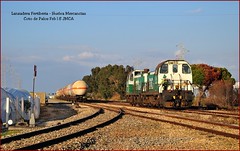